On December 16th 2016 WRPS decided to participate in a Christmas Jumper Day. This was carried out by all personnel in the head office, as well as by personnel on one of our current sites, raising money for a charity that is close to the company, the British Heart Foundation. The idea was taken on board by one of our current clients, who participated in the day along with WRPS.

In order to increase income and maximise the impact of its work, it also works with other organisations to combat premature death and disability from cardiovascular disease. The British Heart Foundation's main focus is to fund cardiovascular research, aiming to spend around £100 million a year funding scientists around the UK. They are currently funding over 1,000 research projects.

Since 2008 the British Heart Foundation has been investing in Centres of Research Excellence. The six current centres bring together scientists from a number of disciplines to work on research projects to beat heart and circulatory disease.

Click here for more information on this fantastic charity. 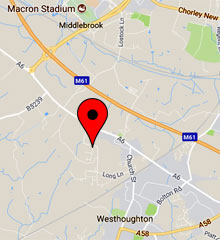